What is Trans Ideology

Trans Ideology is a term often used by the gender critical but what is its meaning? 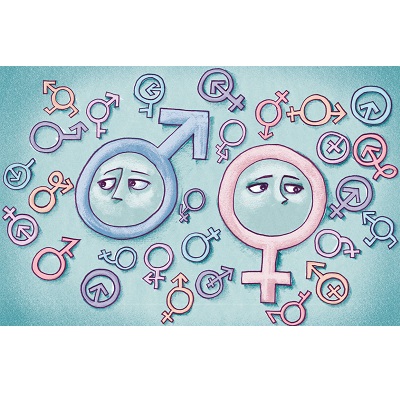 Of course, society recognises the meaning of "trans" or to give it is full title transgender. Before writing this piece, I felt the need to research and define the word ideology. So Oxford Language stated it was a "system of ideas and ideals," while another website said it means "a broad, cohesive set of political ideas and beliefs." And that my understanding too - communist or Marxist ideologies are accepted terminologies used by us all. So suggesting a trans person is an "idea" is offensive because we exist as human beings, not as an ideology. If I used the term "men ideology" or "women ideology," would you not be offended?

When I Googled "Trans Ideology" I saw many articles from extreme right-wing and Christian groups on the front page. This is very ironic because all religions are ideologies, including Christian ones. Indeed, they even have an ideology handbook called the Bible. Yet, despite having a large realm of authors, very little is written about trans people in the Bible itself. Occasionally on Twitter, I am quoted the passage about women & men not wearing each other's clothes (Deuteronomy 22:5). I usually politely remind them that women stole trousers from men! The nuke for bible bashers who troll trans people is Genesis 19: 31-35 which for the uninitiated refers to Lot's daughters wanting their father to make them pregnant. At that point, they slop away.

Trans people are not an ideology - we are biology.

Why are the extremists from the right-wing determined to portray something that is not real? One article on the first page of my search was written by Ryan T. Anderson. Published on the Heritage Foundation website, this 'think tank' is an extreme right-wing voice. In the UK they have links to LGB Alliance who many people in the UK consider a transphobic hate group. Heritage also has links to the right-wing UK Tory government who has failed trans folk so badly in recent years. Perhaps not to the same extent as the Trump administration did, but nevertheless they have overlooked the results of a public consultation that retuned a 75% majority to make trans lives easier in relation to legal gender recognition. Democracy failed.

Anderson's article stated, "trans ideology was full of contradictions". Interesting that something that dont exist is full of contradictions. Trans ideology has been invented to frighten vulnerable folk ridiculously propagating the idea that just one per cent of the world's population - trans people - intend to erase society and in particular women. Other suggestions include trans people seek to change boys into girls, girls into boys and that 'safe' single-sex spaces will be eradicated. This too is nonsense - let's not forget who established safe spaces first and still need safe spaces. LGBT+ people. We need these spaces because of homophobic and transphobic people invariably from the right-wing.

And those most frightened by this alleged doctrine are often women who have suffered abuse from men - I suspect the same men who invented the phrase my article is confronting. Having looked through some of the writing transphobias shines through. One-piece read "Transgender ideology can take on a comical character" and went on to trundle through the old binary rhetoric of only two sexes and trans folks are cranks and Marxists.

It's something I as a trans rights activist hear very regularly, insults and hate. The point is that like most human beings I dont live by my genitals - I live thanks to the thoughts in my brain. And my brain has told me for well over sixty years that I was born in the wrong sex. A man that should have been a woman - but nature messed up. Nature does that often - we all are biologically different. Just two gametes - but trillions of different combinations when mixed with chromosomes and hormones. Indeed, biologists still argue what constituents make men, women and anything in between.

We are all different.

The discourse of every single article on the front page of my internet search was negative in content towards trans people. It reinforced to me that this mantra of hate is very well-orchestrated.

So let's be clear what "trans ideology" actually means when you see it via media, religious groups, right-wing newspapers. It's actually pretty simple - 'I am transphobic but cannot say so because it is not politically correct.'