15th July: Why are so many kids saying they are trans? 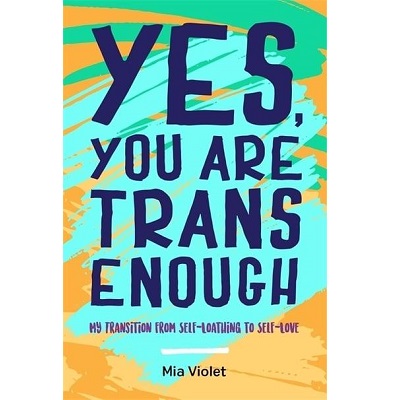 I am currently reading a great book at the moment written by Mia Violet called 'Yes You Are Trans Enough'. Within the next week or so I will have my book review ready, but I wanted to touch on a point in my blog which Mia feels very strongly about - puberty blockers and trans kids.

My view is that this is a subject for the medical experts, the kids (assuming they are Gillick Competent) and parents.

I know there are strong feelings from the trans community in support of puberty blockers and indeed, if I were born in 2002 instead of 1952, I would love to think they would have been made available to me.

There is little doubt that they do help many gender-questioning kids, and while the critics cry they are not proven to be 100% safe equally, there is reasonable evidence that they are safe.

But my blog today is not so much about the use of puberty blockers but why there are so many kids suddenly saying they are trans?

Again the gender-critical blame charities like Mermaids & Stonewall with the allegation that kids are being brainwashed to think they are trans.

My reply to that is the Thatcher government were saying the same things when they introduced Section 28 and what an utter disaster that proved to be. The idea was if kids did not know about homosexuality, they would not turn out gay.

But guess what ...they still found out they were gay and did so with deep scaring because of Section 28.

In some countries, gender dysphoria amongst teenagers has risen 1500% in just a few years, and teenage girls (potentially FTM) certainly outnumber the boys (MTF) by a ratio of two to one.

I suspect that there are two reasons for this.

Firstly, young people accept diversity much more than even 20 years ago and feel much more relaxed about coming out. This can only be healthy as; hopefully, suicide rates will fall dramatically.

Now the second reason is going to ruffle lots of feathers - I point the blame to radical feminists.

Now for the record, I will re-state I am a feminist. I believe women and men should be equal.

But we are also on dangerous ground here for birth-assigned girls because feminists claim that men have better privileges than women.

And here is the "risk" - could it just be that female girls are seeing and believing life as a man is better?

Perhaps some young females are saying is- "sod trying to be equal when I am instantly better off as a man without the equality fight."

Every action has an equal and opposite reaction, and it could be that girls have got smart and are taking a short cut to what the feminists are telling them is a potentially better life.

I would argue being female is better than male - the radical feminists have made a rod for their own back!