And for me peace. I now know why I am trans for sure. 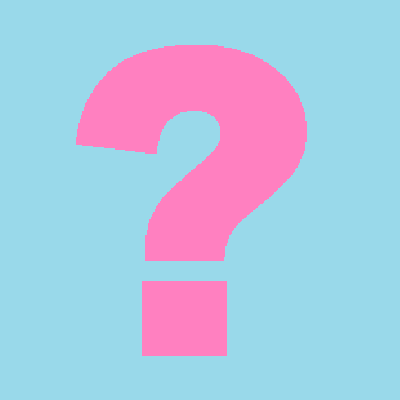 It is the question, so many trans people ask themselves. Why me?

In reality, we all wanted to be cis.  Rejected, despised, physically and mentally attacked, misunderstood - accused of being perverts and predators - who would ‘volunteer’ to be trans?

No one with any sense, but many of us feel compelled to go down the trans route just like lemmings jumping off a cliff.

It's our gender - something that many cis people do not understand - and nor would we possibly - if we were cis. These people - the lucky 99% have the gift of their brain being in line with their body.

There have been dozens of studies about trans people’s brains. Going back to medical research reports twenty or more years ago from people such as Professor Milton Diamond to the more recent research from Georg Kranz using MRI scanners. All have come to the same conclusion - our brains are often ‘different’ from cis people. I had also heard of, but not investigated a neuroscientist called Dick Swaab from Holland.

I first learnt about trans brain issues forming in the foetus by reading the book 'Why Men Don’t Listen, and Women Can't Read Maps" by Allan & Barbara Pease some years ago. The authors go into good detail about 'female' being the default sex of a foetus in the womb and without the correct amount of androgens being introduced at the right time the potential for genitalia and brains not being "quite right" potentially manifests into transsexualism, or being gay.

Reading medical research reports from people like Diamond, Kranz, Swaab etc. can be challenging for many, we are not experts. But, when digging deeper, it is possible to come across media interviews from some of them – these then become more understandable.

Rather amazingly, I was re-introduced to Dick Swaab by a friendly Gender Crit named Barry from Twitter Monday evening. When I entered the Twitter arena back in July, we somehow followed each other. Barry and I zoomed a couple of weeks later, and it is fair to say we got on very well.  Then on Monday evening, I made a tweet, and within minutes Barry was messaging me asking me to delete it. He felt I had gone too far, and it would cause upset so I immediately took his advice and deleted the tweet.

Barry has lots of technical info on trans people - I guess we are his hobby!

But his heart is in the right place, and I am not out to hurt anyone. We then had a flurry of direct messages with Barry giving me loads of info why my tweet was distressing and included within his info was the name Dick Swaab. Come Tuesday I was on a mission, but equally, coincidentally another follower Sarah (dare I say also say from the other side?) told me to "enjoy" being trans and not worry about it. This blew me away before I had even started my Dick Swaab investigation. I felt I was accepted – this, of course, is my major aim in launching my website. This small act of kindness was actually a huge deal to me, and yes there were happy tears.

Tuesday was starting to be an amazing day!

Dick Swaab had a book for sure (apparently translated into 17 languages) but a 47-minute video interview on YouTube was life-changing for me. You can see it if you click HERE.

In a nutshell, he explains why trans brains are different (in fairness I knew much of it), but about halfway through he mentions that if a pregnant mother was prescribed Phenobarbital, this affects the child's brains. Now my mum has not prescribed Phenobarbital as far as I know - BUT I was - and at a very early age and with a very strong dose.

I guess I was a weird kid.

From birth, I suffered incredibly badly with migraines, my parents called them "turns."

These were as regular as a clockwork. For five weeks, I was fine - the sixth week (almost to the hour) I was incredibly unwell, bedridden, vomiting very heavily and could not bear any light.  This went on for four days before slowly (with the aid of Lucozade) I started to get better.

Doctors could not fathom it - I was eventually referred to St Bart's in London, and there I was subjected to all sorts of nasty tests before being prescribed Phenobarbitone as a guinea pig - in the hope this drug would sort me out. It made a marginal difference, but I was on it for years, and some sixty years later, I was hearing Dick Swaab saying it is a known cause of affecting the brain and being trans.  I understand Dick Swaab was referring to a pregnant mums baby in the womb – but hang on a minute. There are thousands of different drugs, but Swaab only mentions one – the one I was taking! And we know brains can change, that has been proven too when taking oestrogen over a long period - brains do get feminised.

For the second time in a day, I was in tears. In the morning from Sarah’s kind tweet and then in the afternoon, Dick Swaab mentioning Phenobarbitone.

My migraines? - well, they did find out the reason in the end just as I entered puberty - my body could not hold vitamin C. It was as simple as that. Twelve years of suffering and well over a year of schooling lost. No wonder I never passed my eleven plus!

Barry then contacted again in the early evening – he had done some more research too. His exact words?

Trans are different. Please don't take this the wrong way but while you are not quite a woman, you aren't quite a man either. As you say, TWATW (trans women are trans women). That HAS to be reflected in your neurobiology. After all, where else does it come from?

Is my quest over for finding out why I am trans?

For me, yes, I think so. I can live with the reasons of androgen deficit in the womb and the introduction of Phenobarbitone as well. I was just an "accident."

For you, if you are trans?  Perhaps you are still looking for your "why?"

But feel free to explore the links below, and I hope I can help you - just as Barry helped me.