Yes, Maya Forstater a Woman Can Have a Penis 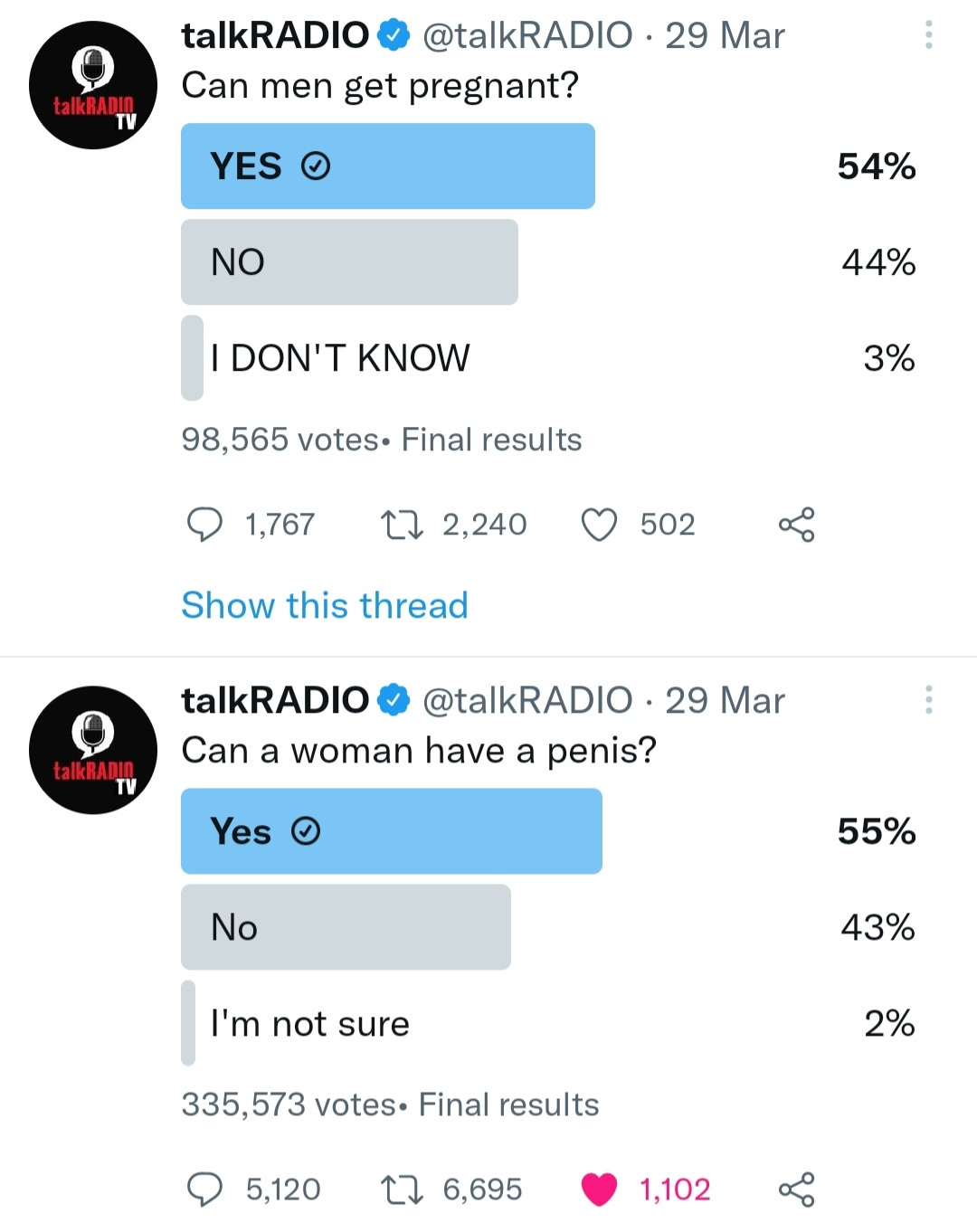 With the "trans debate" seemingly getting more toxic every day both in the press and media generally, it is sometimes easy to forget that they are talking about human beings.

People who, through no fault of their own, are transgender.

Politicians grapple with reporters who throw 'curveball' questions seeking a clickbait headline - meanwhile, those being discussed hide their heads under more pillows.

One such curveball question came to Keir Starmer during an LBC radio interview a few days ago with the interviewer asking, "can a woman have a penis?" to which he struggled to reply. Hardly surprising, Starmer knew he was being lured into the gender wars 'biology trap'.

The biology trap is a tactic that is often used by transphobic (definition 'prejudiced against trans people') supporters and activists.

Activists and 'gender-critical' politicians, perhaps like Rosie Duffield MP - saying in August 2020 - "only a woman has a cervix". This statement upset many women who had suffered hysterectomies, some intersex folk and trans men. Duffield was rightly heavily criticised for such an insensitive remark.

Seeing Starmer struggle was jumped on by other news outlets across the UK - and talkRADIO, a direct competitor to LBC, was, perhaps the first. The 'can a woman have a penis' debate immediately hit the airwaves, and talkRADIO decided to test public opinion with a Twitter poll which, remarkably, had over a third of a million respondents.

And the results were quite astounding because the poll revealed very clearly that women could have penises. From the 335,573 votes cast - people 55% of respondents said a woman can have a penis.

And people voted that way for one very sound reason they know or know off a trans man or trans woman and appreciate that biology can be wrong.

This result will undoubtedly be a massive disappointment to the gender-critical (sometimes described as 'cultists') and, particularly to Maya Forstater, Caroline Ffisk and Heather Binning, who the Daily Mail described as "brave" in an article written by Maya (pronouns she/her) on March 31st.

Maya is, of course, a very well known character in the gender war, and I have had the pleasure to chat with her twice. And to be clear, Maya was chatty and respectful. Needless to say, though, we disagree on many issues.

The focus of the Daily Mail article was the launch of a new group with Maya writing:

And today, exclusively in the Daily Mail, I can reveal that this warning is becoming a reality with a new force that represents the most significant women's movement since the Suffragettes. Because we women have had enough. So three of the country's largest campaign groups on women's rights — Women Uniting, Sex Matters and Women's Rights Network (WRN) — are mobilising with a new campaign: 'Respect my Sex if you want my X'.

Now I have been a reasonably high profile human rights activist for some time, and yes, I certainly am aware of Maya's group, 'Sex Matters'. As for the other two groups, I have clearly been asleep - I have never ever heard of them.

Just how many members are in these other two groups?

About the size of my mum's local WI?

However, I am aware of Caroline Ffisk, not her group but as an individual. Caroline has rather controversial views - she believes the pay gap (a core campaign issue for all feminists) should be bigger. No, that is not a typo. Caroline Ffisk wrote in the right-wing magazine 'The Conservative Woman' in March 2019 "I’d like to see the gender pay gap increase".

The comforting thought from these astonishing words is that Caroline accepts that "gender" exists; she has used that very word. As it happens, many gender criticals say gender doesn't exist.

I am unsure if Maya is going out canvassing on the doorstep to get women to ask election candidates if they will ask, "Respect my Sex if you want my X".

Nor am I unsure what Maya means when she writes:

Just over 100 years ago, women got the vote. Our hard-fought rights are now being turned against us. Every rule and policy that says something is for women, is being changed, so that it's now for people who 'self-identify' as women, whatever their sex.

Actually, "unsure" is not the right word - I am simply baffled.

Because every human being in the UK has rights - human rights - and women's rights are certainly not being changed or rolled back. If they were, I would be campaigning with Maya.

What I am damn sure of, though, is women are not going to ask candidates at elections, "can women have a penis?

I am sure of this because I am an active member of the Labour Party and am currently doing my best to support six amazing women candidates in the local elections on May 5th. And in so doing, I am talking to many women, most of whom are mothers - some of whom are doing their utmost to bring up kids on their own, as single parents, in increasingly challenging circumstances.

And just now, women are worried about lots of issues.

Certainly, the cost of living crisis is the most talked about at the doorstep, followed by issues like night-time parking, violence against women and girls, the lack of access to universal credit, the pay gap, and increasingly food and fuel poverty.

But one subject that has never come up is 'if women can have a penis'. Indeed, virtually no one knows who Stonewall is or knows anything about the incredibly toxic 'terf or gender war'.

Within society, we know there are lesbians, gay men, bi and trans people; they are often family, friends and work colleagues. And unsurprisingly, they invariably look just like ordinary people. Ok, some might be butch, some might be effeminate, but realistically you can't often tell. It's the same with trans people, who may or may not 'pass'. But they share one thing in common - they're all people

And the vast majority of us know and respect that.

We know some trans women may have a penis; we know some trans men don't, both in part due to the complexities involved in those surgeries or medical circumstances, or personal choice. We know some people are intersex and that their biology may not match their gender identity either.

In western society, we don't inspect genitals - we assume sex by gender expression - by how we present.

But while I present as a woman. I don’t ask people to accept me as a woman; that is entirely their choice. But I do ask that people respect my identity by using the terms that I deem appropriate to my circumstances - and the vast, overwhelming majority have absolutely no issues in doing so.

I do let it be known I am trans - sure I have and still could live in 'stealth', meaning I was not stating I am trans. But I changed my mind because of people like Maya - I wanted kids to know it is ok to be different. Most people accept that is the case; because talkRADIO also posted a poll asking if men can get pregnant, which resulted in a 10% majority that they can. In this poll, a mere 98,565 responded, again far more than an average opinion poll.

So forgive me when I am out canvassing for votes that I will not be mentioning Maya's campaign.

Women don't give a damn about women having a penis - they care if their kids got food and heat.