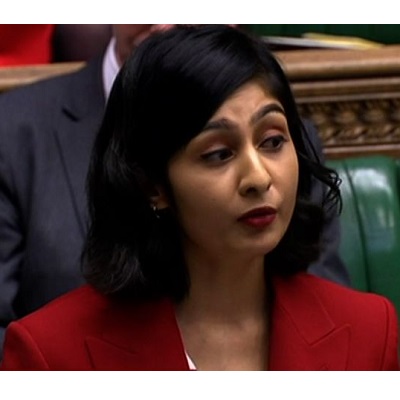 Many MP's in the UK parliament, from all sides of the political parties, have expressed their concern to Liz Truss in regards to her statement on the 22nd of April. But I am reasonably sure no MP has done it better than Zarah Sultana the Labour MP who represents Coventry South.

I can only describe her letter in response to the Liz Truss statement as perfection.

Many of us would claim that the trans suicide rates are higher than what she quoted but perhaps Zarah went on the side of caution so to ensure no Gender Critical group could point the finger and say what she was saying was not accurate.

On receipt of her letter surely Liz Truss can not ignore (or dispute) one single word of it?

A copy of Zarah's letter is on her Twitter feed in a post, dated 5th of June. https://twitter.com/zarahsultana

What I love about Zarah's letter is that it is uncomplicated and covers every valid point.

Will Liz Truss respond with anything other than a typical political reply, (which of course we could all write in thirty seconds)? ...I don't know. Sadly, I have a nasty feeling Liz Truss has allowed herself to be duped and feels she has made her bed and must now lie in it, but we will see. I read the other day that Liz Truss has a long history in giving way to pressure groups, even those who are clearly wrong and that is concerning.

I first heard of Zarah while watching a streamed broadcast from Novara Media. She was being interviewed by the flawless Arron Bastani surely the journalist to take over the mantle from Andrew Neil if the BBC has a sudden lurch to the far left, though Arron would probably dispute that label.

Like so many people of my generation, the BBC remains the bastion of my news input. And to be fair, they normally do give a good presentation of trans affairs, perhaps in part because they have a high percentage of trans workers.

I believe they once completed an internal survey identifying that 2% of their workforce are trans and if that kind of percentage is revealed in next years census there will be a lot of red faces in the TERF & TEA camp.

Has any employer (other than the BBC) ever asked their workforce by way of a secret audit if they are trans?... I don't know, but I would love to find out. Certainly where I work ten per cent of the workforce are trans which perhaps gives you a clue that the workforce consists of ten wonderful people!

During her interview with Arron Bastani who is actually the co-founder of Novara Media, it became evident that Zarah Sultana is a very able person who cares deeply about people, injustice and discrimination.

The people of Coventry South are lucky to have her, and she has my utmost respect.